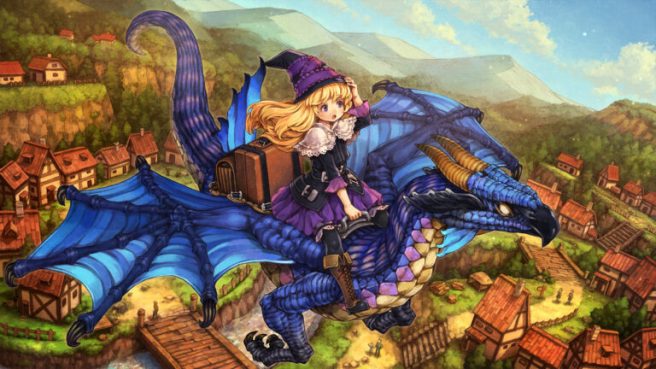 The first trailer has been released for GrimGrimoire OnceMore, the remake of Vanillaware’s 2007 real-time strategy game GrimGrimoire. This comes alongside a lot of details and screenshots of the game which is slated to release on July 28, 2022 in Japan.

The game will be 4980 yen and has a physical release coming (at least for the Japanese version). The new information on this upcoming remake can be found on the official website, but since it is entirely in Japanese, Gematsu has provided a translation of the key points with screenshots and artwork.

GrimGrimoire is a fantasy 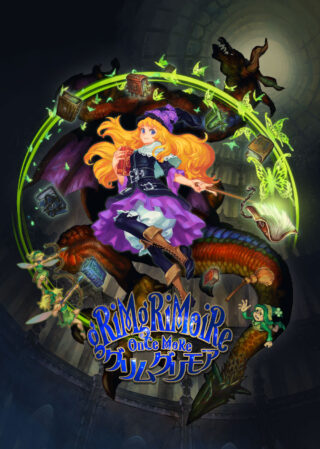 Lillet had been invited to enroll into a Magic Academy where only talented youths were personally sought out by the greatest wizards. The school was lead by the famous wizard, Gaminel Dore, who had once defeated the Archmage. And the campus on which they study, the Silver Star tower, was once the destroyed Archmage’s castle.

The tower was still full of unsolved mysteries and dangers, and this attracted many who had their own personal reasons in mind. Lillet had opened her first grimoire, and began her studies. But only five days later, a terrifying disaster threatens the academy, and all lives are lost. All except she, who had traveled back through time without knowing why…

Can Lillet come closer to the truth by reliving those repeating days? Can she end the nightmare at the end of those five days?

To avoid constant death, open the grimoires once again.

A studious, hard working girl who was invited to the Silver Star tower after being acknowledged for her magical skills. She wishes to become a great magician for her poor younger brothers, who wait for her at home. She is caught up in unexpected circumstances, but stands up to the mystery with daring acts and calm judgment that even she didn’t know she was capable of.

A student at the Magic Academy. The first friend Lillet meets when she gets here. In her past, she had been rescued from a town that persecuted magicians under the pretense of witch hunting, but her personality is still carefree. She carries around her frog familiar on top of her head.

The head master of the Magic Academy. In the past, he defeated the Archmage and sealed the devil that had made a pact with him. Quite the legendary magician. He founded the Magic Academy on the Silver Star Tower which was once the Archmage’s castle, and invited promising youths from around the kingdom in hopes of educating the next generation of magicians. It seems the school is kind of dangerous, because students go missing every once in a while, but every magician in the kingdom dreams of studying under Professor Gammel.

A devil who teaches Sorcery. The details of the contract with the head master is unknown. He likes to act like a gentleman, but you can see glimpses of his true nature as a devil at times. He seems to be refraining from collecting souls on campus grounds, but he won’t reject any, if they jump into his hands.

Set out to become a fine magician while clearing each stage by utilizing various magic such as Sorcery and Necromancy. Battles play out in a real-time 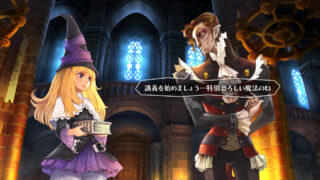 Magic battles are fought using the familiars summoned by the power of grimoires. Whether a fairy or golem, familiars come in various forms and each have their own unique abilities.

Dragons can even be hatched from eggs with enough time.

There are four types of magic (Glamour, Necromancy, Sorcery, and Alchemy), and each can summon its own unique units.

Additionally, there are two types of familiars: Substance and Astral. Astral familiars are extremely weak to magic attacks, but physical attacks have no effect on them. They are a good choice against powerful physical attack users.

Considering your affinity with the enemy and summoning the familiars that will gain you the upper hand is the key to victory.

With high-definition graphics, the game’s detailed visuals are clearer than ever. And since the aspect ratio is wider, it is easier to understand the magic battle playing field.

Every voiced line in the game has been newly recorded with a completely new cast. Additionally, Lillet and company are not only voiced during story parts, but also in battle, adding a new side of GrimGrimoire to enjoy.

Four types of “Great Magic” that can be used during battle have been implemented. While Great Magic can only be activated a limited number of times, one use alone can change the state of battle—“Mana Burst” shoots a flame that deals damage to a wide range; “Resurrection” recovers the HP of injured party members; and so on.

There are full animations for these moves as well.

In GrimGrimoire OnceMore, missions are set separately from the conditions to clear each stage. The coins earned by completing tasks can be used to strengthen summoning circles and familiars.

The upgrades can be reversed if you change your mind!

A “Fast-Forward” function for battle and story parts, and “Mid-Battle Save” function for battle parts have been added, making the game easier to play at your own pace. Additionally, the difficulty level of “Hard” mode has been adjusted to be more challenging than the original version.