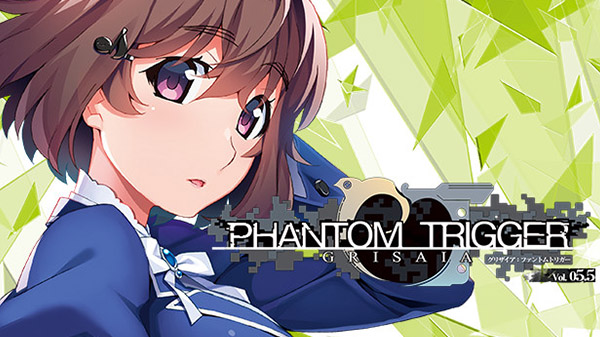 Arriving in January, Vol. 5.5 of the Grisaia visual novel series will be hitting the Japanese eShop, as was revealed in the latest issue of Famitsu. Additionally, it looks like the first five volumes of the series will be available in a physical collection due to be out this summer, so fans can get the majority of the series in one fell swoop. Notably, the Grisaia series has been available with English support.

Check out the overview of the newest addition to the series here, as rounded up by Gematsu:
Grisaia: Phantom Trigger is a visual novel. More specifically, it is a kinetic novel, without any branching routes. Returning character artist Akio Watanabe and writer Ryuta Fujisaki bring you the latest installment in the acclaimed Grisaia series, Grisaia: Phantom Trigger.

With nowhere else to go, Arisaka Shiori took a job at Mihama Academy. Now, three months have passed since she started her somewhat special position as a teacher at the “school of assassins.”

While she has tried her best to adapt to her new surroundings—and it seems like her students have finally accepted her—her teacher evaluation is not quite so agreeable.

“She’s, uh, unusually modest, and a bit clumsy. But she’s sincere, and she tries her best at everything she does…”

“I think she makes a great teacher, but that alone isn’t going to keep her at Mihama.”

Arisaka sees this harsh dose of reality as an opportunity to take an objective look at herself, delving deep the truth through conversations with her students. However, a certain nightmare continues to plague her like an illness…

A girl, whose family has been branded murderers, closes her heart like a cocoon…

“So scared of the outside world.”

“How can I convince them to leave me alone?”

“What did I do to deserve this? Please, forgive me…”

Soon the time will come for Arisaka to make the biggest decision of her life.

“Do you still wish to continue in this job?”

Which world will she choose to live in…?