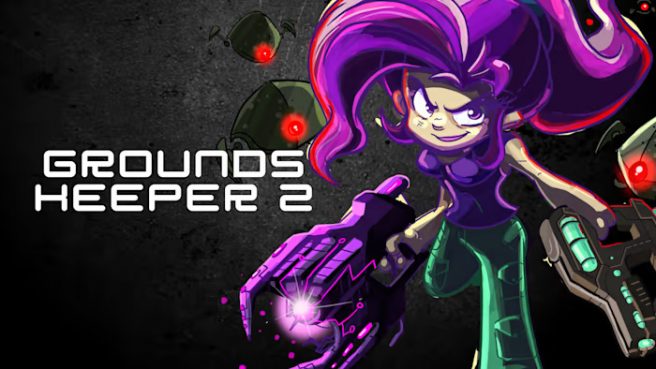 OrangePixel has announced that Groundskeeper2, a roguelike-inspired 2D shooter is releasing on Switch today. It’ll be available digitally via the eShop.

Here’s an overview for Groundskeeper2, along with its original release trailer:

Shoot at aliens coming from both sides of the screen, grab the little bits and bobs that they drop, and use them to activate the portal to teleport to the next area (and restore your energy in the process!)

Survive the invasion of the supernatural, the robots, the monsters.. the world needs you! Groundskeeper2 throws you in the middle of a war, the war with supernatural robots from outer space.. yeah.. we went there!

Every time you play this game you will get further and have a better chance at surviving. You’ll unlock new weapons like the machine-gun, laser-gun, rocket-launcher, and tools like all-destroying light-beams, shields, time-slowdowns, and more!

What’s more important, you’ll unlock new worlds and hopefully become a true hero for the resistance… or you die a quick death and try again!

Groundskeeper2 is available on the Switch eShop for $4.99.