Guild of Darksteel launches on Switch in July, new trailer 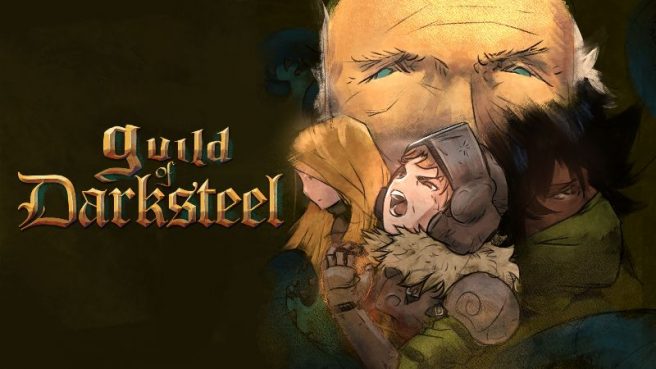 Guild of Darksteel is a cinematic, side-scrolling adventure set in a lush, layered dark fantasy world.

Embark on a dark fantasy adventure and follow the Sellsword, an immortal, as he seeks a purpose in eternal life by joining the Guild of Darksteel. Become one of their immortal mercenaries and investigate the mysterious tunnels underneath the cities of Ravenrock.

– Engrossing Combat: Utilize a refined combat system to defeat anyone who stands in the way of your mission. Unlock combos and level them up to your liking. Chain your attacks together and determine a personal attack strategy that will guarantee your victory.
– A Living, Breathing World: Explore the fully-realized city of Ravenrock, and interact with its inhabitants. Each character carries a deep story, breathing life into the world of Guild of Darksteel. Friends of foes, their lives won’t leave you unmoved.
– A Deep and Nuanced Story: Inspired by classics like Flashback and Vagrant Story, Guild of Darksteel tells a gripping story of power struggle and soul searching, as its characters come face to face with their mortality… or lack thereof.
– Stunning Artistic Vision: The world of Guild of Darksteel is comprised of dark, yet evocatively detailed pixel art, and set against a foreboding and thought provoking soundtrack. A unique and daring color palette sets the perfect tone for your investigation of the darkness that lurks beneath Ravenrock.

Guild of Darksteel will be sold digitally for Switch via the eShop. A 25 percent launch discount is planned.