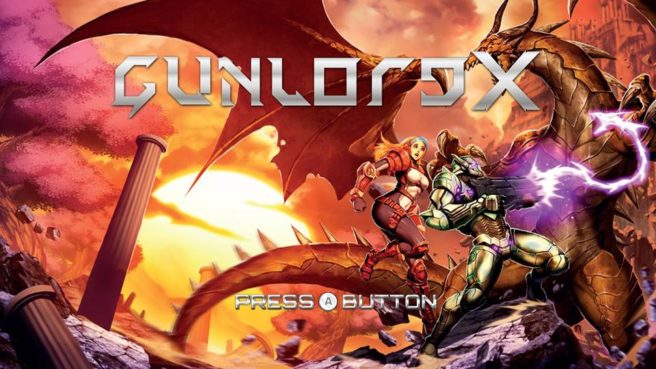 Thanks to a listing on the eShop, we finally have a release date for Gunlord X. It’ll be out on Switch digitally starting May 22.

Gunlord originally came to the NeoGeo and Dreamcast. For the Switch edition, new content and features have been added.

We have the following overview and trailer for Gunlord X:

Welcome to Gunlord X – A vastly improved Gunlord port coming to Switch in 2019!

This game features 11 stages of exciting 2D game play with over 60 unique enemy types. Blast yourself through giant landscapes, explore caverns and reveal all secrets!

The critically acclaimed platform action game Gunlord developed by NGDEV in 2012 comes back to the Switch in 2019. The game received an intense “Hi-Bit” overhaul for modern game consoles in a widescreen format. Additionally new boss enemies and extended stages were added.

– Permanent continue and shortcut/level warp unlocks by collecting all big diamonds in stage.

– Increased the viewport to widescreen

– Stable 60 fps in both docked/undocked mode