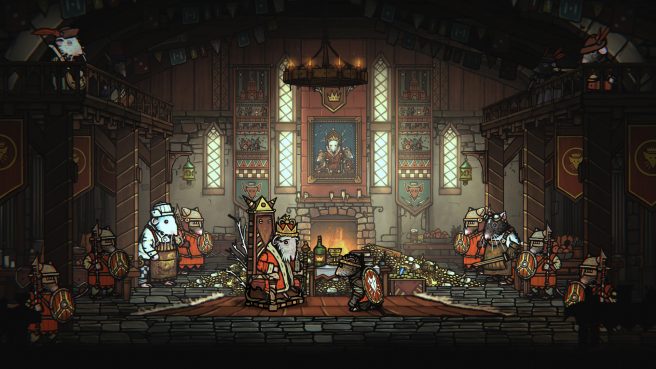 United Label has shared the following overview and trailer for the game:

From frog zombies to gargantuan grubs – and everything in-between – the Kingdom is awash with danger. To overcome each perilous encounter, you’ll need to study your opponent’s attacks and react accordingly! Thankfully, there’s a range of deadly abilities at your disposal, including parry bashes and fatal executions, not to mention ranged attacks with your nifty bow and arrow.

While danger lurks around every toadstool, you’ll need to keep your wits sharp and your blade sharper when it comes to the devastating boss fights. Cold-blooded in every sense of the word, these oversized amphibians each present their own unique combat challenge, and you’ll need more than a good set of armour to come out on top.

Tails of Iron will be sold digitally for Switch via the eShop.