Haunted Dungeons: Hyakki Castle confirmed for August 30 in the west 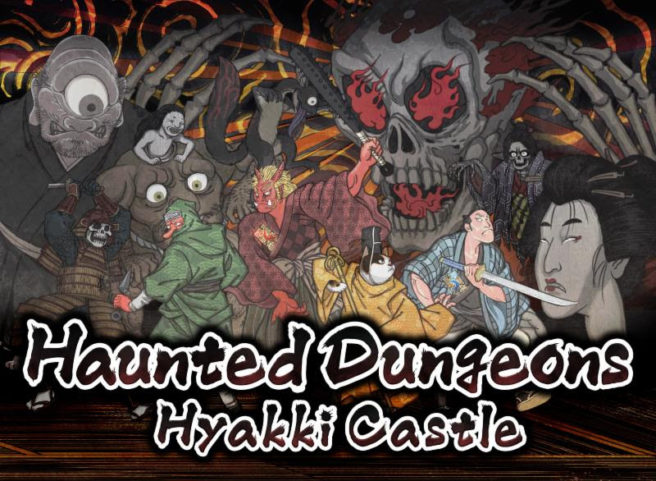 Haunted Dungeons: Hyakki Castle was announced for Switch in Japan earlier this week. Happinet followed up with news for the west today, confirming that the game will be available in North America and Europe on August 30.

Haunted Dungeons: Hyakki Castle is a real-time dungeon crawling RPG that “aims to deliver a fast-paced, challenging, mysterious, and suspenseful single-player RPG experience utilizing smart tactics and quick thinking to defeat enemies in real-time.” We have more details and a trailer below.

Set during the Edo Period of Japan, Haunted Dungeons: Hyakki Castle is based on the eerie and terrifying Hyakki Island, a place where prisoners are sent to live in exile. A mysterious castle suddenly appears on the island bringing a slew of creepy monsters, such as the “Yokai” of ancient Japanese literature. The island imprisons a cunning rebel mastermind who seeks to overthrow the Shogun order and assassinate its leader. Players play as four special agents of the Shogun order, specializing in Yokai and monster slaying, to investigate the island’s mysterious Hyakki Castle, and to eliminate the rebel mastermind manipulating the Island and its inhabitants.

Featuring a unique approach to the traditional real-time dungeon RPG genre, Haunted Dungeons: Hyakki Castle encourages players to split their party with its exclusive 2-party system, a feature not yet seen in real-time dungeon RPGs on consoles, making strategic fights easier. Players must use unique skills and move-sets in destroying monsters with distinctive attacks and behavior, while executing pincer attacks, flanks and more as you progress upward in the mysteries castle to defeat the rebel mastermind causing the extraordinary events on the island.

Game details:
Real-time RPG Action: Execute various tactics such as flanking, distracting, and more for your party in real-time as “Yokai” appear throughout the castle to bring death upon players
Twice the Possibilities: Split your group of assassins into two parties at any time to deal with traps, puzzles, and enemies for unparalleled strategy and party options
Explore a Monstrous Castle: The enormous castle is filled with cunning traps—some of which can only be solved by dividing your party—and tough boss monsters, testing player instincts and judgement
Explore Japanese Character Classes and Races: Choose to play as an Oni, Tengu, Human, or Nekomata with four distinct races on tap to add diverse skillsets to your party
Tutorial Mode: Learn to survive and defeat the Yokai and bosses in a tutorial mode that provides an in-depth explanation on all the mechanics and tactics needed to survive
Redefined UI Experience: Experience real-time gameplay with improved UI designed for console gameplay and beginners of the real-time dungeon RPG genre