Help Will Come Tomorrow heading to Switch in April 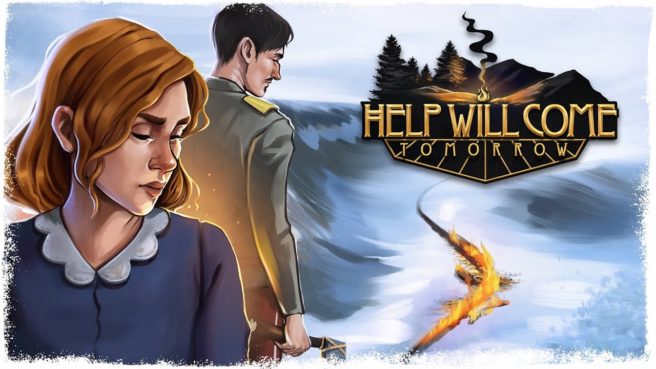 The story-driven survival game Help Will Come Tomorrow has been dated for Switch. It’ll be out via the eShop on April 21, publisher Klabater and developer Arclight Creations announced today.

Here’s an overview of Help Will Come Tomorrow, along with a trailer:

In an uninhabitable Siberian wilderness, in the wake of the October Revolution, a group of passengers survive a mysterious catastrophe of a Trans-Siberian railway train. They must endure in a harsh ice-clad climate until rescue arrives. Facing many dangers, their own weaknesses and, above all, their own prejudice, passengers from different social classes will have to unite and make decisions that often go against their beliefs. How and if they survive and at what cost is up to the player.

The basic mechanics of Help Will Come Tomorrow focus on the survival of the characters (fulfilling their needs, gathering resources, expanding the camp, taking care of security, and exploring the surroundings), but players will quickly find out that in order to win, they’ll need to learn the personalities of the characters and figure out relations between them, mitigating conflicts and taking care of morale. Players may choose to act selfish but cooperation is key to both survival and keeping a clear conscience.

MANAGE & SURVIVE
Help Will Come Tomorrow is a challenging survival game, especially at the higher levels of difficulty. Manage scarce resources and stay alive in the frosty wilderness of Siberia before help arrives. There are many systems and mechanics in Help Will Come Tomorrow which will pose a big challenge for the player. If the frost doesn’t kill survivors, the wild animals may. If they escape the animals, they may run into humans, who are even more dangerous. Danger hides everywhere. Build and expand your own camp to increase the chances of survival.

UNIQUE STORY-DRIVEN EVENTS
Narrative events that will occur during the adventure are part of an important and crucial exploration system in Help Will Come Tomorrow. Exploration means that at least some of the survivors need to leave the camp and scavenge for supplies and hidden areas. These expeditions are often risky but may end up rewarding the player! Make sure your survivors are properly equipped.

Despite the imminent release, Help Will Come Tomorrow actually has a new Kickstarter campaign “to expand the scale of their already ambitious project.” You can contribute here until March 20.