Hero Must Die. Again releases for Switch on February 27 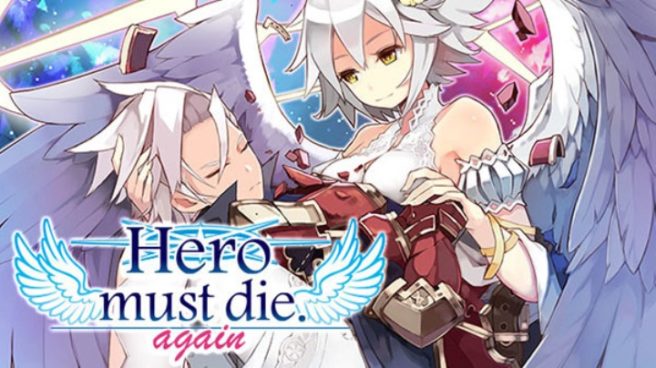 Degica Games has dated the fantasy anti-RPG Hero Must Die. Again for Switch. It will release digitally via the eShop on February 27, the company confirmed.

Here’s an overview of Hero Must Die. Again, along with a trailer;

You are the hero, your last memory is fighting with the demon Guile and felling it, thus saving your world. However, you seem to have died in the process and now you cannot remember her, the one for which you went alone to fight the demon. Due to your great deed, the gods have given you five more days to put your affairs in order, but time will quickly take its toll and you will grow weaker as the days pass.

Good luck in finding out what happened!

From renowned creator Shoji Masuda (Linda³, Oreshika) comes an epic anti-RPG about aging and death. A full localization and brush-up of a game only available until now in Japan on PS Vita.

Fantasy anti-RPG where the hero starts at his strongest, and grows weaker as time passes.
Over 50 different funeral (endings) depending on what the hero accomplished.
Eight unique heroines to woo, each with their own personalities and motivations.
Visit the world you have just saved, and resolve remaining problems to lead it to the best possible future.

Hero Must Die. Again will support English and Japanese language options on Switch.