Holy Potatoes! games on the way to Switch 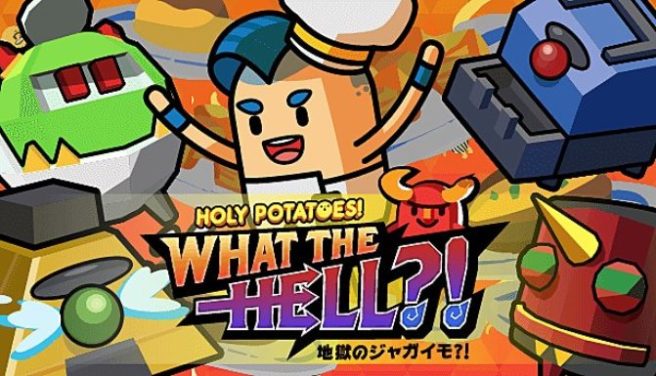 Rising Star Games has signed a partnership agreement with Daylight Studios to publish the first three titles in the Holy Potatoes! series on consoles this year. Three games are on the way, and they’ll all be released on Switch.

We have more details about these trio of titles below, along with trailers.

Holy Potatoes! A Weapon Shop?! is a wacky simulation game where players manage adorable potato smiths as they forge wonderful weapons for very unexpected heroes. There are tons of cheesy/witty puns and lots of pop culture references.

Holy Potatoes! We’re in Space?! is a roguelite, space adventure game with management elements. Traverse through space with Cassie and Fay to find and rescue their grandfather, Jiji, from the evil clutches of the Eclipse!

Holy Potatoes! What the Hell?! is a hell-themed management sim where you sort potato sinners into cooking stations to create sinfully delicious ingredients and cook up scrumptious recipes to appease the Gods of the Afterlife.