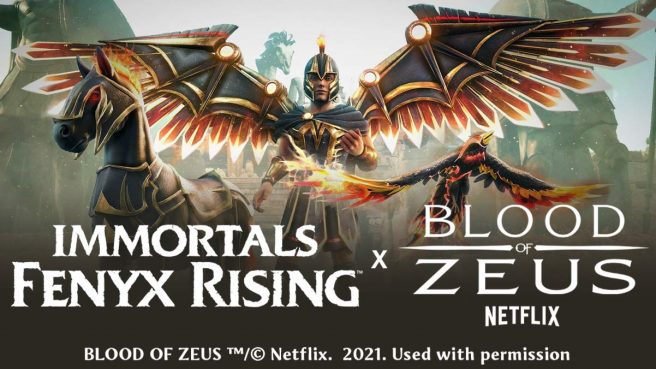 Ubisoft has announced a new crossover for Immortals Fenyx Rising featuring Blood of Zeus. A limited-time event kicks off today that ties in with the Netflix show, complete with a Blood of Zeus-themed quest and an all-new character pack and weapon pack that can be purchased.

From January 21th to January 28th, in a Blood of Zeus–themed quest called “A tribute to family”, players will take on two evil creatures of another world: Chimera and Cerberus. Upon completion of the quest, players will earn the Eagle pendant and all-new character customization options tied to “Blood of Zeus.”

Trust your demon chaser instincts and challenge your fate with the new weapon pack, containing Blood of Zeus–themed skins for your Sword, Axe and Bow. And, walk in the footsteps of the Amazonian warrior Alexia with the Blood of Zeus character pack, including Blood of Zeus–themed armor, helmet, wings, mount, and phoenix companion! Both the weapon pack and character pack will be available to purchase at any time, even after the conclusion of the crossover event. 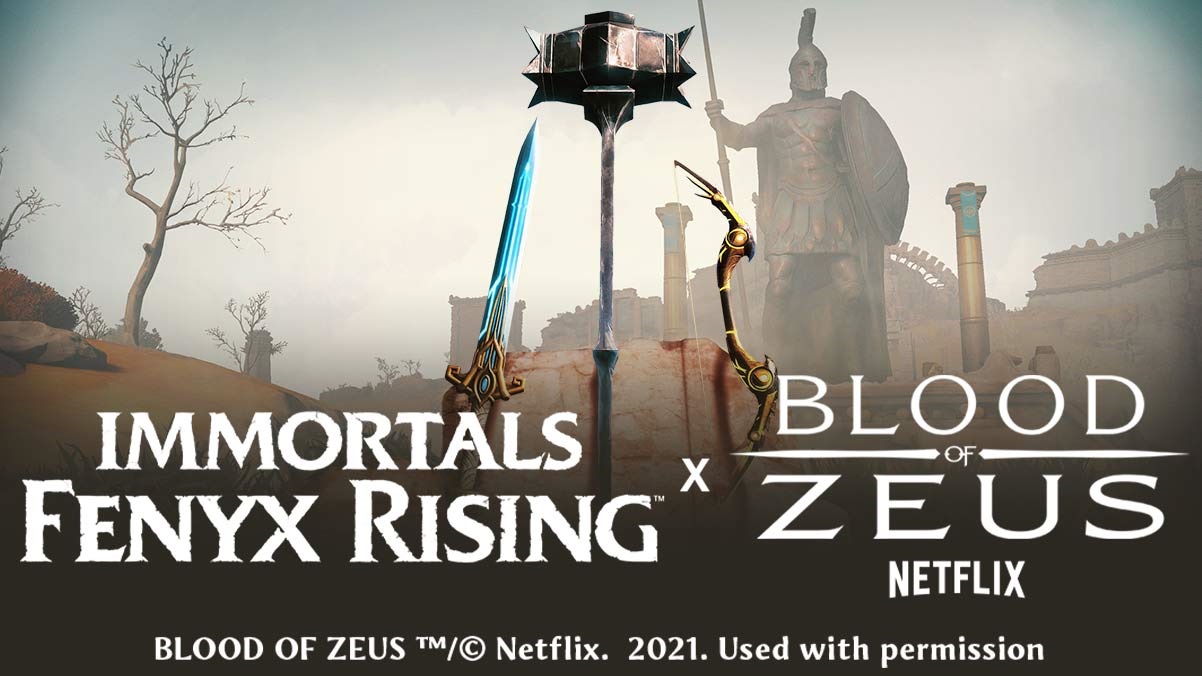 Immortals Fenyx Rising is out now on Switch.