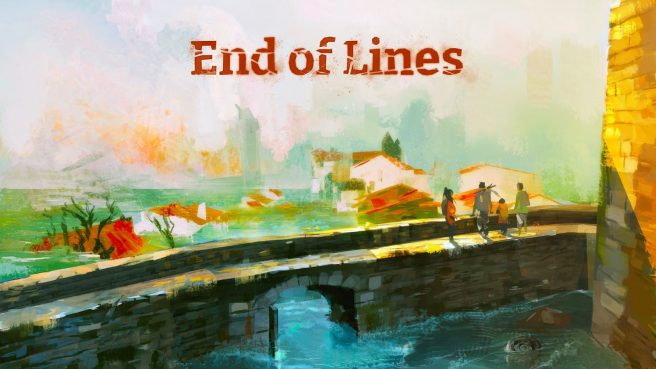 Nova-Box, the developer of Across the Grooves, today revealed that it’s bringing End of Lines to Switch. The hand-painted interactive graphic novel will launch later in 2022.

End of Lines, which takes place at the final stages of the 21st century, follows the story of the family unit Camille, Nora, their son Sam, the lively “Uncle” Rafik, and a variety of characters they meet along the trail. More information can be found below.

An avoidable catastrophe. A disaster of our own making. A downfall foretold. End of Lines follows a group of survivors as they wander the devastated countryside of Southern Europe, desperately searching for a safe place to settle and a semblance of normalcy, after losing everything but each other.

End of Lines is a beautifully-told and emotional tale, brought to life by hand-painted visuals and an immersive original soundtrack. To experience this story, players must have an active role in shaping it, with each choice delivering a consequence that can push the narrative in different directions.

It’s worth noting that choices come into play. Players will manage the supplies and morale of their group in a ruthless environment where death may be encountered at any time.

End of Lines will debut digitally on Switch via the eShop later this year. Access the official site here.