Jack N’ Jill DX due out on September 28 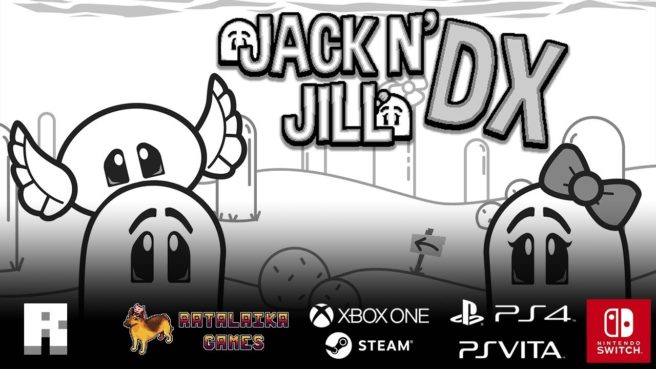 The recently-announced platformer Jack N’ Jill DX has received a release date. It’s due out on September 28 via the eShop, Ratalakia announced today.

Here’s an overview for Jack N’ Jill DX, along with a trailer:

Once upon a time, Jack and Jill, went up the hill, to fetch a pail of water. It didn’t particularly end well for them, and to be honest, things aren’t exactly great for another Jack and Jill either.

In Jack N’ Jill DX, players must assume the role of Jack, overcoming many hazards, in a bid to reach Jill, who awaits him at the end of 140 levels, in typical old-school one-button platformer fashion! But, for the players who feel the guy should be the one who needs saving, we absolutely agree and that’s why Jill is available as a playable character as well!