Jet Lancer launches on May 12th for Switch 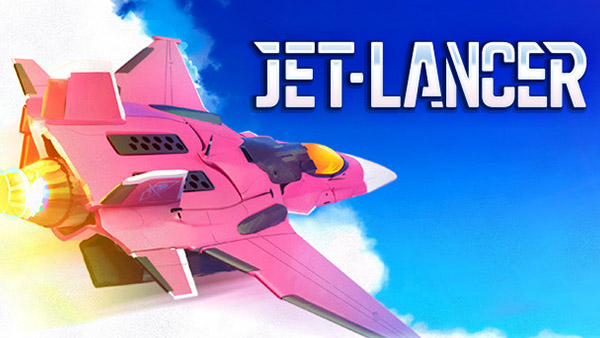 Publisher Armor Games Studios have announced that Jet Lancer will launch for Switch on May 12th. The arial combat shooter will cost $14.99/£13.49/€14.99 on the eShop.

The game’s descriptions is as follows:

In the bombastic bullet hell shooter, players will hunt enemy pilots, carve up giant robots, and defy death at supersonic speeds as a daring mercenary in the far future. Jet Lancer lets players tinker with an upgrades system that encourages learning, experimentation, and tactical decision-making – meaning successful pilots will have to balance risk and reward in order to progress deeper into the game.

With an arsenal of weapons and upgrades to equip, the challenge will be to find the most effective ways to defend the world against the deadliest enemy humanity has ever known: giant killer robots.

Jet Lancer comes locked and loaded with a full-featured story-driven single-player campaign that wouldn’t look out of place in games like Advance Wars and Fire Emblem – letting players dominate the skies with tight and responsive controls.

Designed from the ground up to be an experience that is both challenging and fair, Jet Lancer features a suite of accessibility options to ensure that pilots of any ability can enjoy the game. The options include damage modifiers, anti-fatigue control toggles, and visual adjustments including screen shake and screen-flash reduction.

With a near-limitless skill ceiling and a lethal New Game+ mode, there’s always something more to learn, more ways to upgrade, and more techniques to experiment with. Jet Lancer will invite players to hone their abilities and become the best dog-fighter in the air.