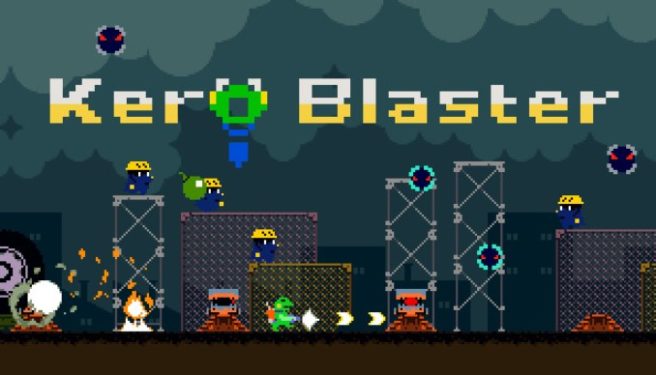 Kero Blaster will be released on Switch, Playism has revealed. A new video in which the company shows of its Switch lineup confirms the news. The video also highlights TorqueL: Physics Modified Edition, Croixleur Sigma, and Detention.

Daisuke “Pixel” Amaya, who made Cave Story, was also the creator of Kero Blaster. It’s a “classically-styled 2D side scrolling action game packed with adventure.”

We have further details on Kero Blaster below, along with Playism’s Switch lineup video.

The C&F Inc. teleporters are going offline all over the place, and it’s up to an intrepid frog employee to fix the situation.

A classically-styled 2D side scrolling action game packed with adventure.

You are a bipedal frog and a master of the Custodial Sciences, charged with the unenviable task of ridding your company’s teleporters of strange black creatures.

Fight for your life through a menagerie of unique monsters while getting your hands on exciting new tools of the trade.