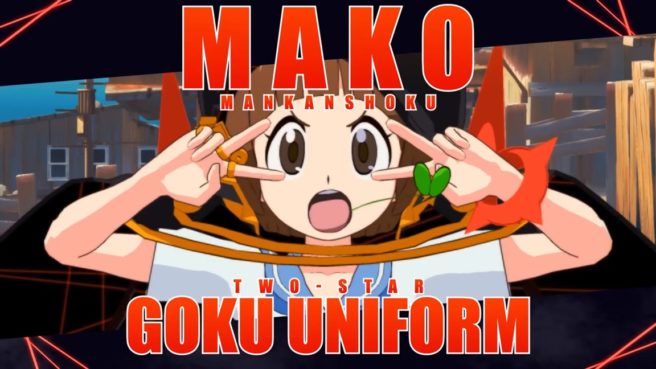 Mako Mankanshoku is joining Kill la Kill: IF as a new playable character, Arc System Works has announced. The character will be available via a free update soon on Switch.

Here’s a brief overview of Mako:

The long-awaited Mako can move while attacking by rolling – and her very fast short range attacks make her a unique fighter. She has a special Tension gauge that levels up and powers her up the better you do in a fight!

Mako doesn’t have a specific release date just yet on Switch. We’ll let you know when she’s available on Nintendo’s console.