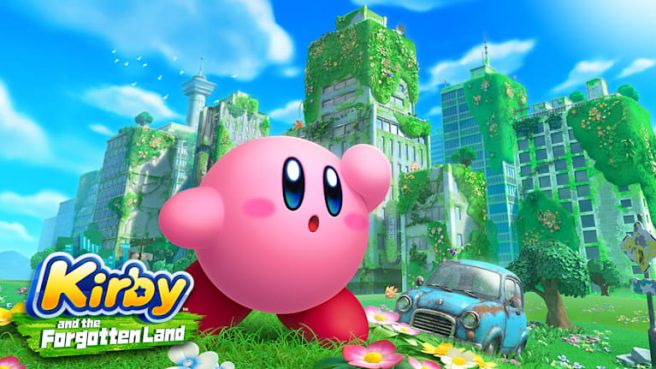 Kirby and the Forgotten Land is out now on Switch, and Nintendo have dropped a launch trailer to celebrate. Learn more about the game and check out the new trailer below:

In the newest game in the Kirby series, you’ll venture into an unknown new world where civilisation and nature have become one. Use Kirby’s familiar actions – inhale, spit out, jump and copy – to move freely around as you delve deep into 3D stages.

◆ Try out the new Drill and Ranger Copy Abilities
In addition to experiencing your favourite Copy Abilities from the series in glorious 3D, there are also new abilities at your disposal. Drill lets you burrow underground, while Ranger lets you fire shooting-star shots!

◆ Work together in 2-player co-op as Kirby and Bandana Waddle Dee
You can share a Joy-Con to explore the new world as a team!

Kirby and the Forgotten Land is available now on Switch.