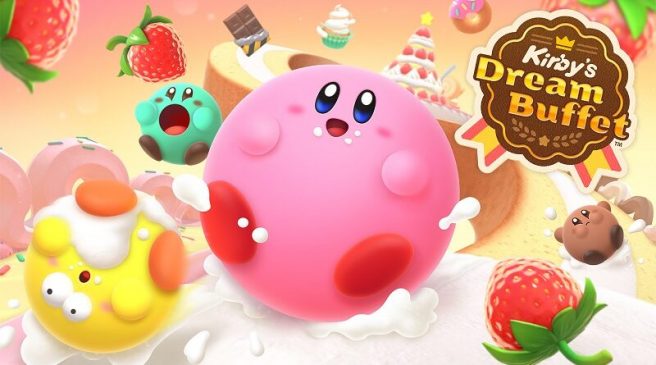 Original: At the end of the Kirby 30th Anniversary Music Fest Live, it was announced that Kirby’s Dream Buffet will release next week on August 17 in Japan via the eShop. There is no word yet on whether this launch date will apply to other regions, which currently still have a Summer 2022 release window. In Japan, the game will cost 1500 yen.

Roll through a smorgasbord of food-themed stages in 4 rounds of 4-player* fun as Kirby…who seems rounder than usual? Race through delicious obstacle courses to collect strawberries as Kirby grows. Then, turn the tides in the final round—a fruity fight atop a floating platform.

Roll through delicious, food-themed obstacle courses in 4-player matches
Collect strawberries to grow bigger and prepare for the final battle

Kirby’s Dream Buffet will launch via the eShop on August 17 in Japan, and is currently slated for a Summer 2022 release in the West. We’ll let you know when that changes.

Update: Kirby’s Dream Buffet is now confirmed for August 17 in North America and Europe. We have an English trailer below.