Knights & Guns out on Switch in September, debut trailer 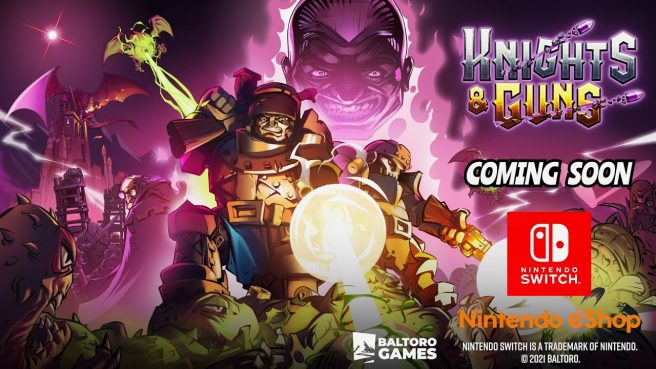 Baltoro Games has shared an update on Knights & Guns, its arcade run-and-gun title. It’s now confirmed for a Switch release on September 10.

– Knights & Guns is an action shooting game for 1 or 2 players! Inspired by the classics, developed for modern audiences…
– …but feel free to take on the challenge alone if you’re brave enough!

– Traverse the map the quickest way or be a completionist. It’s up to you: will you finish the game in a few hours or will you try to find every secret, every armor, and every gun?
– 60fps gameplay! Try the different modes! Hunt the monsters! Survive! Play on small, big and narrow maps!
– Check out all the awesome suits of armor and, of course, all the GUNS! Lasers, shotguns, grenade launchers, sniper rifles… They are all here!

And the first trailer: