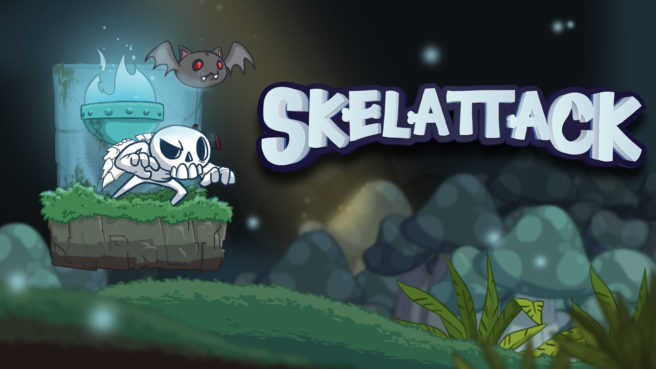 Konami and Ukuza Inc. have announced Skelattack, a new 2D action platformer Skelattack. Despite only being revealed today, it’s already out now on the Switch eShop.

Here’s an overview of Skelattack, along with a trailer:

Skelattack turns the platforming hero stereotype on its head by putting players in the shoes of Skully, a skeleton fighting to protect his home. As a member of the newly deceased and just getting the hang of being dead, Skully’s newfound home and friends are attacked by humans. Instead of seeking gold or other treasure, the humans kidnap Aftervale’s elder skeleton, Elzedon, and attempt to steal the magic that kindles the spirits of the dead – the Blue Flame. Together with Imber, Skully’s trusty bat friend, players will jump, slash, and flap their way through the Underworld in an attempt to stop the human threat, save the Elder, and protect the Blue Flame.

Skelattack is available now on the Switch eShop for $19.99.