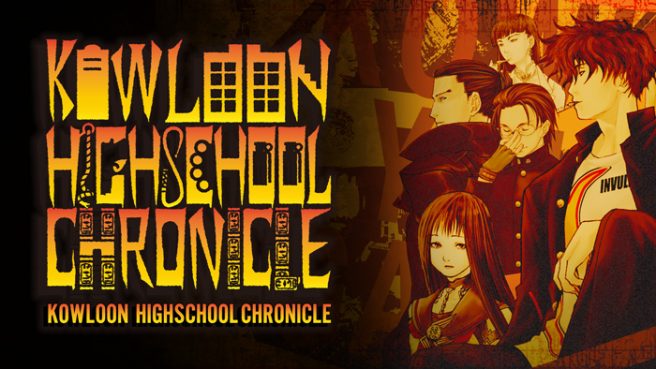 Arc System Works today announced that Kowloon Highschool Chronicle, a PS2-era adventure RPG that was previously made available for Switch in Japan as Kowloon Youma Gakuen Ki: Origin of Adventure, is coming west. It will launch in North America and Europe on February 4.

Take on the role of a young man who appears as a transfer student at Kamiyoshi Academy in Shinjuku, Tokyo. While he seems like a normal student, he is actually a treasure hunter. His mission is to discover a mysterious ruin hidden deep beneath the school. Accompanied by his new friends from school, he sets out to discover the mysteries of a super ancient civilization. However, numerous traps, monsters called “Kehito” that lurk within the ruins, and the clutches of the “student council” stand in his way! Build your relationship with friends, solve puzzles, dodge traps, defeat enemies, and discover the great mysteries and treasure sealed beneath the school!

Deep, Challenging Gameplay: Choose from a myriad of different friends, classmates, and allies and brave the darkest of dungeons in search of adventure and untold wealth. Be sure to build your team with care; the enemies and dungeons will present a true challenge and the wrong teammates may lead you to certain doom.

Innovative Conversation System: Express yourself in the story through feelings and actions. Why choose a canned response when you can give a character an angry glare, loving touch, or a bizarre lick? How everyone views you depends on how straight (or insane) you present yourself.

Revamped Graphics: Bringing the game firmly into the modern era, the art and graphics have been redone in high definition and now match the beautiful character designs, challenging gameplay and compelling story.

Pricing for Kowloon Highschool Chronicle is set at $29.99 on the Switch eShop.