Kwaidan: Azuma Manor Story due out for Switch this month 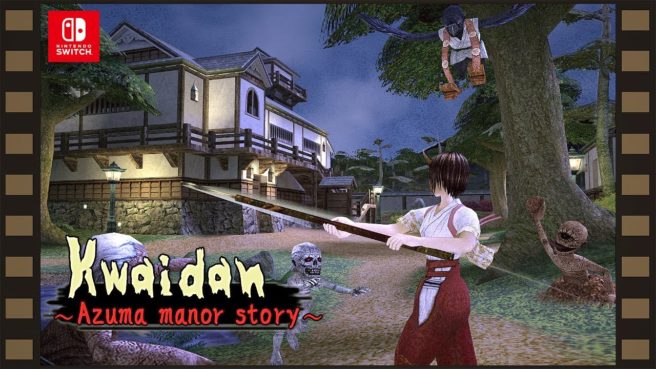 Rainy Frog and Gudouan have nailed down a release date for Kwaidan: Azuma Manor Story, the 3D action and point-and-click adventure title. A release is planned for August 20 via the eShop.

The stage of this work is Japan of the 1930s.
Explore the mysterious Azuma Manor and do battle with the Yoki that lurk within, all while solving devilishly clever mechanical puzzles.

Kwaidan offers a seamless merging of 3D action and point-and-click adventure game elements, allowing for a truly unique play experience. Players move and fight through the world in 3D, but can call up a cursor to examine points of interest at any time. The result is an action-adventure unlike any other.

In sharp contrast to recent action games, which seek to deliver player satisfaction above all else, Kwaidan was designed from the ground up to deliver highwire suspense from beginning to end. Nightmarish Yoki and fiendishly clever puzzles obstruct your path through the manor, but overcome these obstacles, and a profound sense of catharsis awaits.

Enjoy retro polygon graphics that evoke classic games of the early 2000s, with film-reel-style presentation that transports players to a secluded mountain manor from the earliest days of Japan’s Showa era.

– Severe 3D action that requires precise operation and accurate judgment.
– A point-and-click adventure element lets you fully enjoy the fun of exploration.
– The Japanese retro romantic world of the 1930s (early Showa era) is brought to life by classical techniques.
– Equipped with a “mode selection function” that allows you to enjoy changes in operation methods and graphics.