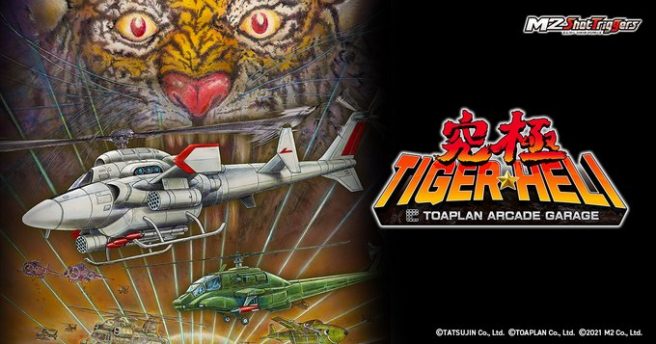 Today, M2 announced that it’s bringing Kyukyoku Tiger-Heli to Switch. The “Toaplan Arcade Garage” series shoot ’em up collection is due out for Switch in Japan on October 28.

Here’s a rundown of what’s included:

Included in Both the Physical and Digital Editions

We have the first trailer for Kyukyoku Tiger-Heli below. You can also access the official website here.