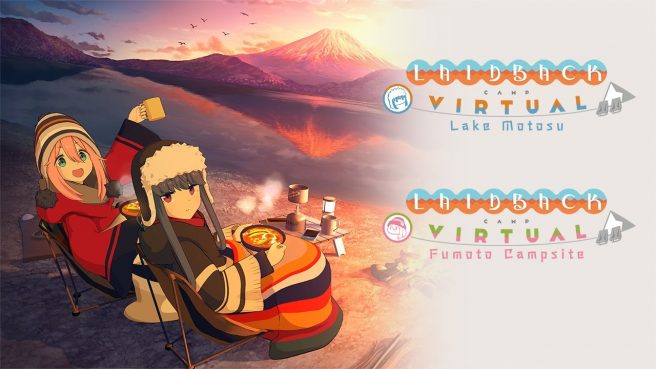 Laid-Back Camp -Virtual- Lake Motosu was previously given a March release window on Switch. It turns out the game – which supports the Nintendo Labo VR Kit goggles – is just a few days away, with Gemdrops and Clouded Leopold Entertainment now announcing a final date of March 4.

Here’s an overview of Laid-Back Camp -Virtual- Lake Motosu, along with a trailer:

2 more days! Laid-Back Camp has gone virtual. Get a taste of the great outdoors from the comfort of your
own home!

Set near scenic Mt. Fuji, Nadeshiko, Rin & co. encounter a variety of unique situations. Join them in VR via your
smartphone for a short adventure game (each version is about the length of an anime episode), where the fully
voiced characters and vibrant scenery will make you feel like you’re really there!