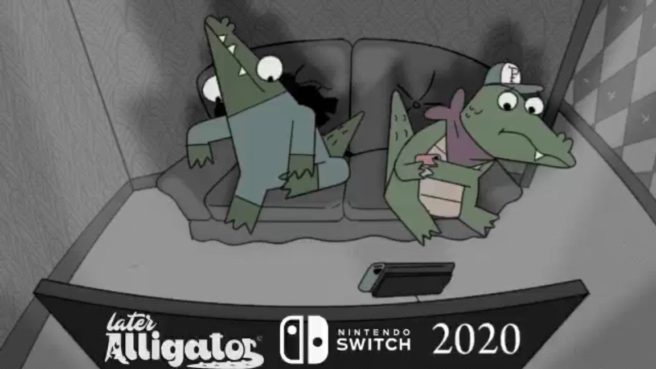 A March release window for Later Alligator on Switch in Europe and North America has been confirmed. Smallbu Animation recently made the announcement via Twitter.

A digital version of Later Alligator will be available for purchase on the Switch eShop, and a physical release is planned to release in collaboration with Fangamer. You can check out our initial coverage of the title here.