Legend of Evil coming to Switch next week 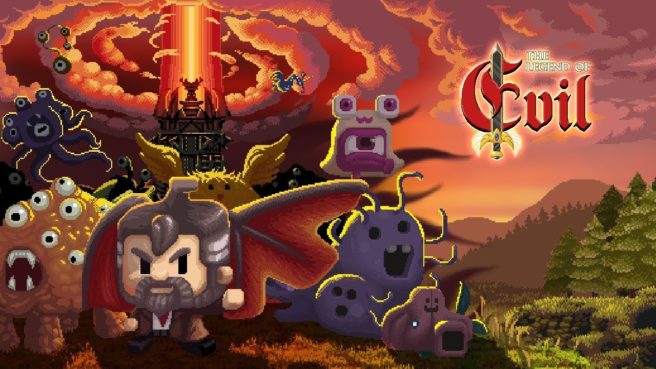 Springloaded will have a new game ready to go on Switch next week. Legend of Evil is releasing on October 19, the developer announced today.

Here’s an overview and trailer for the side-scrolling title:

Legend of Evil is a side-scrolling game with a charming pixel art style. In it, you play as Bill, a middle manager working for the Demon King, attempting to eradicate all life from the world. Rally up an army of malicious demons; it’s time to bring about the apocalypse.

Conquer your way through the campaign, unlocking upgrades and bolstering your army to more efficiently commit mass genocide. Don’t judge, Bill has to get that employee of the week badge somehow.

Fuse demons together to create hellish hybrids and adapt your tactics to battle an evolving threat. Being in middle management, you’ll also need to manage your non-human resources as you go. No, you can’t take a holiday today, Beryl!