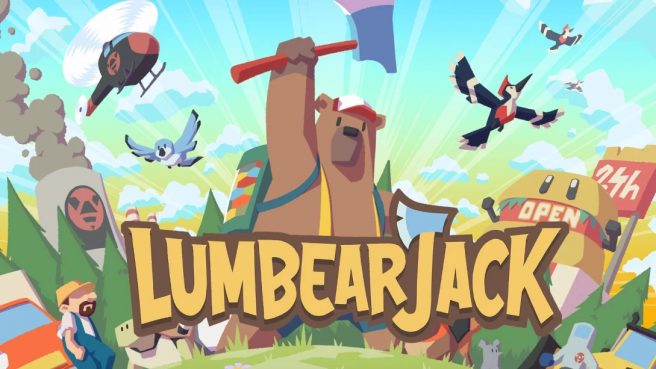 Armor Games Studios and FinalBoss Games have announced LumbearJack, a game about solving physics-based environmental puzzles “to show the destructive Evil Works who’s boss.” It’s due out in 2022.

We have the following overview and trailer from Armor Games Studios:

Grab your axe and save the environment by chopping and recycling every man-made thing in your path and solving puzzles with your charming animal friends!

Jack is a humble bear with a simple dream: to return nature to its former glory with the help of his trusty axe and his animal friends. Slice and dice through machinery, slap some sense into wasteful humans, and work with wacky woodland critters to thwart the sinister plans of up-and-coming industrial giant Evil Works.

Play as a bear with an axe!
Chop your way through forests, construction sites, and more exciting locations in a variety of puzzles which utilize elements in the world around you
Reduce, reuse, and recycle waste to upgrade your chopping capabilities
Save a quirky cast of animal friends and team up with them to save the day
Take down an evil corporation dead set on destroying nature as we know it

FinalBoss Games is a team of experienced game developers from across the globe making seriously professional games that are seriously fun to play. Their previous games include the robot arcade puzzle game Vesta and musical sports game Dodgeball Beats.