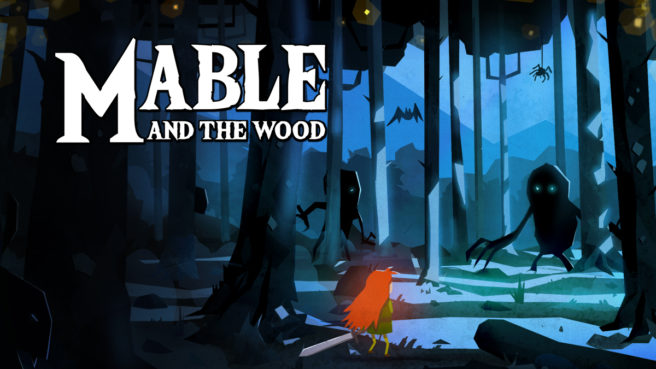 Mable & The Wood appeared on the Switch eShop last week with a September 19 release date. It turns out that was incorrect, as publisher Graffiti Games and developer Triplevision Games have now announced that we’ll actually be seeing it on October 10. The eShop page has now also been updated with the proper information.

Here’s an overview of the Metroidvania game, along with a trailer:

In Mable players hunt down massive beasts and, upon destroying them, shapeshift into their form in order to use their power to save or destroy the world. Players with less violent intent can find secret paths to complete Mable without killing anything, including bosses. Unlike most Metroidvanias Mable does not allow players to run, jump and kill on their own. Instead, they must use non-human forms to attack creatures and traverse through difficult challenges.

The game’s key features include:

Free Reign – Players are free to make decisions on how they play and what they slay.

Combat is Movement – Mable isn’t strong enough to lift her magical sword, so she must use it in unique ways to help move through the world. Players can use non-human forms to harm enemies for a limited time, but vanquishing creatures extends her power.

Hunt Great Beasts and Take Their Shape – Defeat the great beasts to take their abilities and transform into a giant mole, medusa, spider and more.

Explore a Dying World – A large and varied fantasy world, brought to life with state-of-the-art pixel technology and a beautiful original soundtrack.

Multiple Endings – Mable features different routes to take through the world and secrets to discover that provide players with multiple endings.