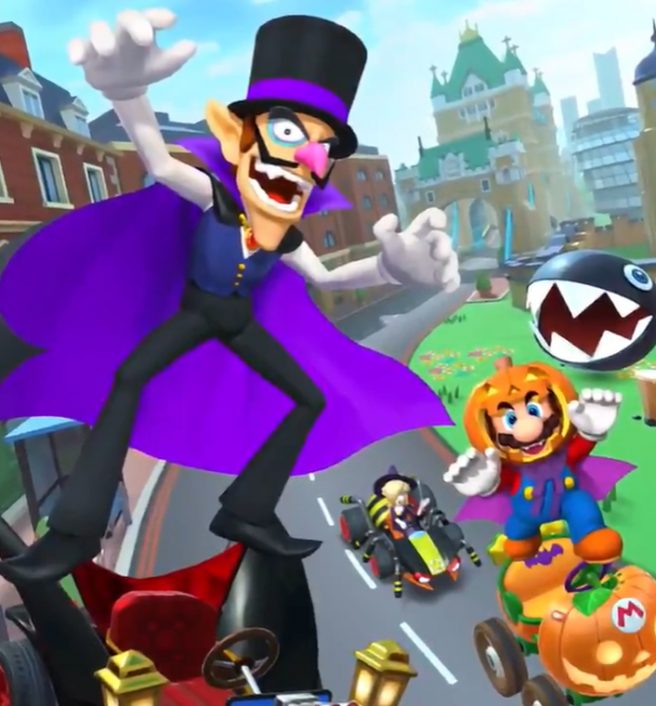 The next tour has been announced in Mario Kart Tour, and this one is the Halloween Tour. This tour will have players racing through the streets of London with characters dressed up for Halloween.

Included in this event are: Magician Waligi, a Vampire Mario, and a Witch Rosalina, alongside themed cars. A preview video of the Halloween Tour can be seen in this tweet from the official Mario Kart Tour Twitter page:

The Autumn Tour is wrapping up in #MarioKartTour. But don't get too comfortable just yet—next up is the Halloween Tour, which will have you racing through London! pic.twitter.com/ElxtVoHHqw