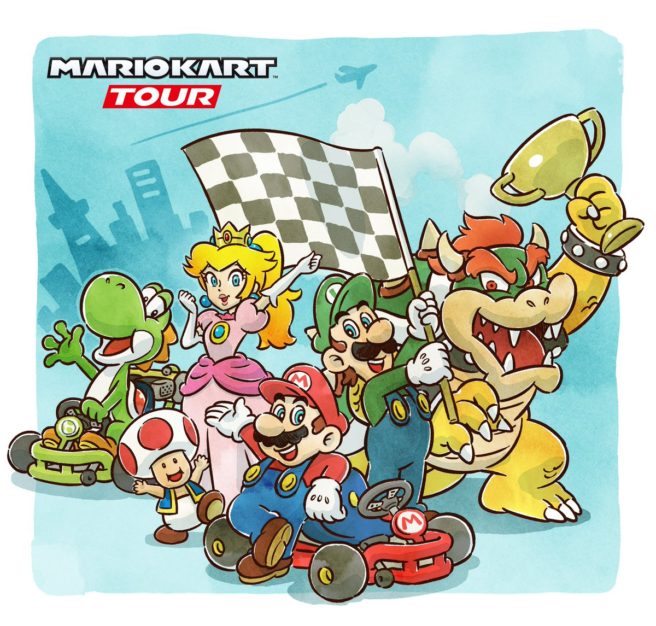 According to a new report from Sensor Tower, Mario Kart Tour has surpassed 200 million downloads worldwide. The mobile title has also earned $200 million in player spending.

Other highlights from Sensor Tower include:

– During the last year from April 1, 2020 to March 31, 2021, Mario Kart Tour was Nintendo’s #2 revenue generating game
– It made $92.7 million in revenue worldwide from the App Store and Google Play
– It ranks behind the publisher’s biggest mobile hit to date, Fire Emblem Heroes, which accumulated $163.4 million in that time, and above Animal Crossing: Pocket Camp, which generated $78 million
– Mario Kart Tour has earned roughly $76 million in lifetime revenue, or 37.6 percent of the total in the U.S.
– Japan ranks #2 with 28 percent of global player spending
– France ranks #3 with 7.3 percent
– 63.4 percent of revenue from the App Store
– 36.6 percent of revenue from Google Play
– U.S. is at the top in terms of downloads with 37.4 million downloads, or 18.6 percent of the total
– Brazil is #2 with 9.4 percent of all downloads
– Mexico is #3 with 7.8 percent of all downloads
– Google Play accounts for 56.2 percent of global installs to date
– The App Store accounts for 43.8 percent of installs
– Mario Kart Tour ranked as the No. 4 revenue generating title in the category from April 1, 2020 to March 31, 2021
– Looking at just the U.S. market, Mario Kart Tour was the No. 2 revenue generating mobile racer during the period, picking up $35 million
– Earned $7.7 million on average per month globally over the last year

Mario Kart Tour can be accessed as a free-to-play title on iOS and Android.