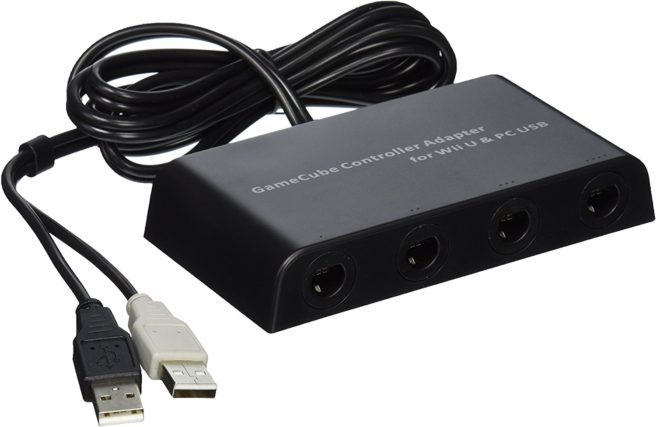 Nintendo’s official GameCube adapter doesn’t work with Switch, but Mayflash’s offering does. Updating the controller’s firmware to the version that supports Pokken Tournament will allow you to use it with the system.

Note that the adapter only supports one controller. While you can plug in all four, they’ll all work as the same player. Some games also work better than others. It’s not really a good fit with Zelda: Breath of the Wild, but something like Puyo Puyo Tetris seems to work better. Basically it’s acting like a Pokken Tournament controller.

Here’s a look at it in action: