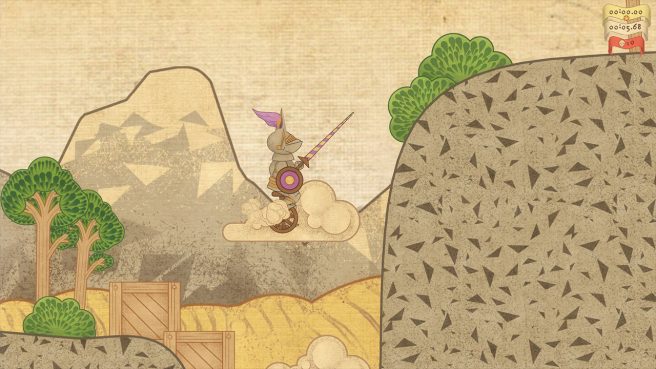 Ratalaika Games, AnvilBird Interactive, and Jestercraft have announced that Balancelot is appearing on Switch this week. The medieval comedy physics game is lined up for January 22.

Here’s an overview of Balancelot, along with a trailer:

In this satirical medieval fantasy tale, a poor squire dreams to attend and conquer the kingdom’s jousting tournament.

But because he’s poor, he cannot even afford a horse. However the unicycle happens to be close enough so the epic journey may begin! Prepare to balance… A LOT.

Use your skills to balance the clumsy but fully functional unicycle.

Thrust the threatening mythical monsters with your sharpened lance as they sit on your way to glory.

Climbing over the dead enemies with your unicycle may be the last climb you take. Crush your enemies, drive before them and hear the lamentation of your one-wheeler!

Key Features:
– Extreme unicycle driving
– Over 20 challenging levels
– Multiple medieval-themed environments
– Encounters with mythical monsters from the past
– A twisted story with beautiful in-game cut scenes
– Humor as sharp as a knight’s lance