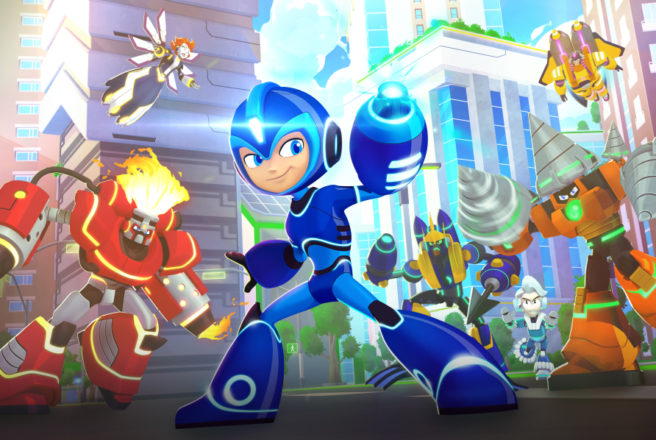 Several years after it was announced, Mega Man: Fully Charged finally has a premiere date. The animated series will kick off August 5 on Cartoon Network.

If you’re at Comic-Con this week, you’ll be able to get a peek at the series with the first episode. Fans can stop by a special panel on July 20 at 6 PM to watch it live. Capcom’s Kazuhiro Tsuchiya, DHX Studios’ Logan McPherson, and Man of Action Entertainment’s Joe Casey and Steven T. Seagle will be on hand for the event.

There’s another Comic-Con opportunity for fans as well. On July 20, there will be artwork-signing with the creators and producers of the show as well as exclusive Mega Man artwork from Jose Emroca Flores and merchandise from Toynami. A life-sized Mega Man statue will be on hand for a photo opportunity as well.