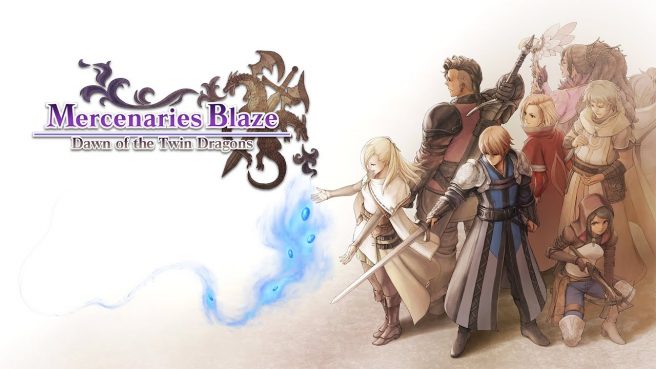 Mercenaries Blaze: Dawn of the Twin Dragons initially released for Switch in Japan back in October. It’s now getting a western release this month, with Circle Entertainment and Rideon announcing a December 17 date for North America and Europe today.

We have the following overview and trailer for Mercenaries Blaze: Dawn of the Twin Dragon:

Mercenaries Blaze: Dawn of the Twin Dragons features a lengthy campaign with gameplay depth and a fascinating story. Grow with your team by clearing strategic turn-based battles, with many optional missions and details to consider—which class will you upgrade for each character, and what equipment or skills will you prioritize?

Developer Rideon’s highly-regarded turn-based strategy battles are carried out from an isometric viewpoint, and are characterized by increased versatility as you position characters not just in terms of elevation and enemies, but also to maximize attacks and defense depending on the direction you face. Varied weapons and skills are all tools that need to be utilized smartly for the best results, with character classes being integral to the player’s strategy.

New to the series for Mercenaries Blaze: Dawn of the Twin Dragons are fully 3D battle maps, along with improved visuals and audio. Character designs are from Mr. Masayoshi Nishimura, with the varied cast telling an exciting and surprising story.

– Experience an amazing story with two distinct paths and a diverse cast of characters.
– Lots of optional battles that allow you to see more of the world and level up your team.
– 3D Battle Maps, giving greater control and depth in strategic play.
– Use Blaze Exceed, a key power that can turn the tide of battle.
– Incredible depth beyond battles, as you carefully manage equipment, skills and classes for your team.

Mercenaries Blaze: Dawn of the Twin Dragon will be sold digitally for Switch via the eShop.