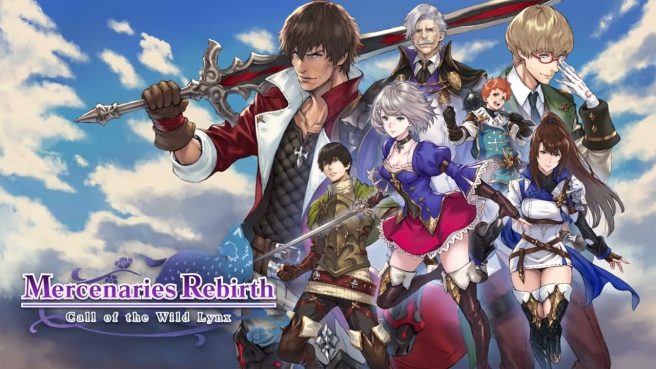 Circle Entertainment and RideOn Japan have announced that the latest entry into the Mercenaries series, Mercenaries Rebirth: Call of the Wild Lynx, is arriving on the Switch eShop in Europe and North America on November 11. While the game was initially announced for an October release in Japan, this latest announcement both confirms a Western release as well as offers an official translation for both a trailer and the game’s overview. Check those out below.

Mercenaries Rebirth is a tactical RPG set in a fantasy world.

Battles occur on quarter-view maps with height differences, wherein the front, back, and side of the map determine each battle’s outcome. Support effects depend on where allied characters from your party are in position, etc., features of high strategic maneuvers.

・Rebirth Exceed
The gauge in the upper right corner of the screen builds up anytime the Player attacks and defends during battles. Store up enough power to activate a particular skill called “Rebirth Exceed”! Each character has unique talents, including dealing with godly damage to enemies and reviving fallen allies who cannot fight.

・Smooth Character Animations
Animations play a more active role now. During battles, smooth animations were made by animating parts of the characters’ pixel art. Both human characters and monsters move a lot more vividly than ever compared to previous titles in the series!

・Battle Maps Transformed Into 3D
3D models produce battle maps, and the camera angles can rotate during the Player’s Turn. Hidden items, etc., can be found by rotating the camera !?

Mercenaries Rebirth: Call of the Wild Lynx arrives digitally on the Switch eShop on November 11.