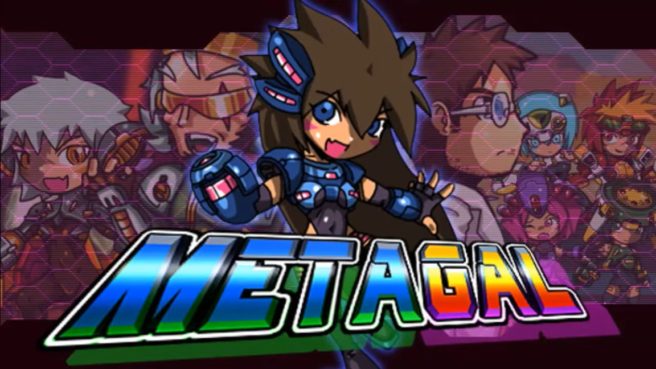 Thanks to the porting work from Ratalaika Games, Metagal will be receiving a release on Switch. The developer says it’s been sent to QA, and we should be seeing it within the next month or two.

Here’s some information about Metagal, along with a trailer:

You will take the shoes of “Meta” ,a cyborg girl, in her quest to rescue her Creator “Dr Ray” from the hands of “General Creeper”, the evil leader of a rogue army!!

Also Metagal’s sisters, were kidnapped by Creeper: he turned them in battle cyborgs, in order to use their powers to rule the world!! Meta must face her sisters, free them, and copy their abilities. She must fight for 8 stages of intense action, and prepare herself for the final confrontation against Creeper himself!

– 30 Enemies types not including Boss

– Defeat Gal No.# Boss and use their weapon.

– Collect secret items to power up your character.

– Finish the game once and play as Boss Characters each come with their own power and upgrade!