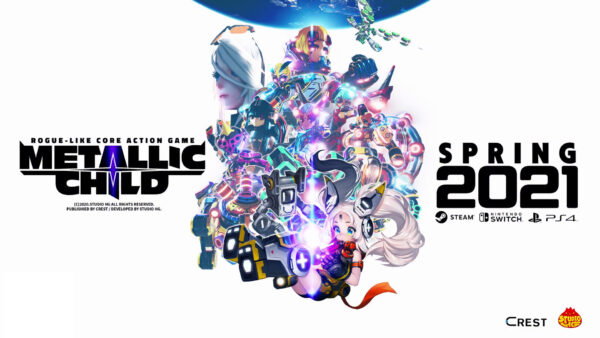 Metallic Child is coming to Switch and other platforms in spring 2021. The roguelike action game puts you in control of an android named Rona, allowing you to take on ten types of bosses and discover the mysteries surrounding the Life Stream. Check out the overview via Gematsu, as well as the trailer below:

Controlling Rona, who is unable to move on her own, you helped her in fighting against the rebellions of man-made robots in the space laboratory “Life Stream.” With the use of various weapons and core abilities in defeating huge enemies, you are getting closer to the truth behind the rebellion.