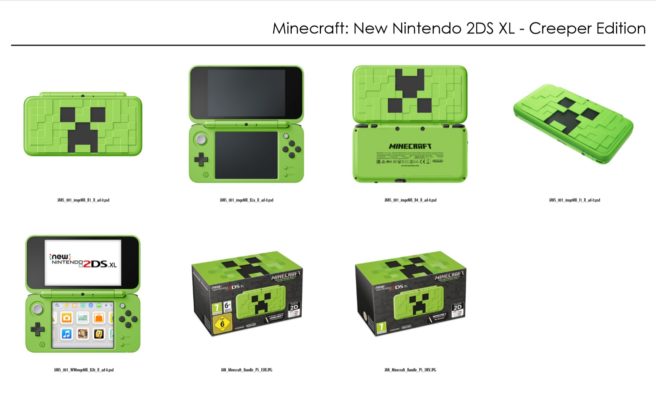 The Minecraft: New 2DS XL – Creeper Edition launched in Japan a few weeks ago. It has yet to be announced for other regions, but a release in Europe seems likely.

Despite not being officially announced, some assets for the Creeper Edition have been found in media materials sent for Gamescom 2018. As we know though, Nintendo never confirmed this system for PAL regions. The packaging image suggests that it’s happening, but we’ll just have to wait and see if Nintendo moves forward with an announcement.