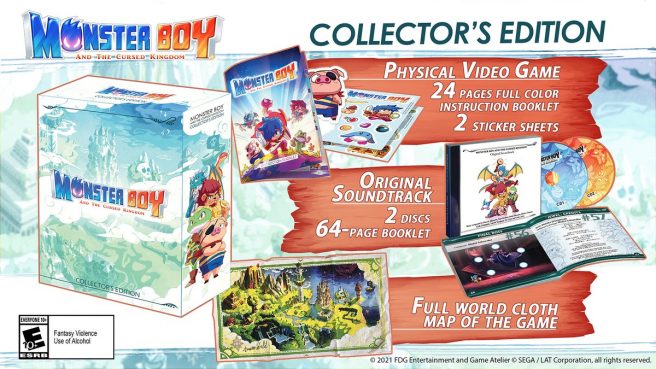 FDG is preparing a new collector’s edition for Monster Boy and the Cursed Kingdom, the company announced today. It will include all launch edition goodies, a two-disc soundtrack, 64-page composer signature booklet, and cloth map.

Despite the news being shared on April Fools’ Day, FDG assures fans that the collector’s edition is a real product in the works. Additional information will be shared in the future.