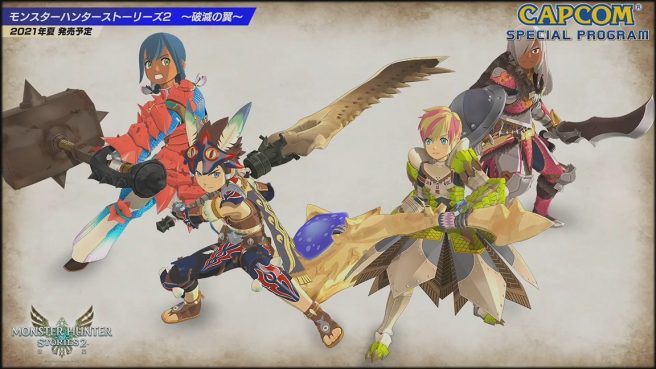 Although specifics weren’t shared, a slide shown during a TGS stream today gave an idea as to what fans can expect. It looks like you’ll be able customize hairstyles, hair colors, skin colors, and more.

The protagonist character in the game is the grandchild of Red and is an up-and-coming Hunter. Red, who was shown in the debut trailer, is a seasoned Hunter.