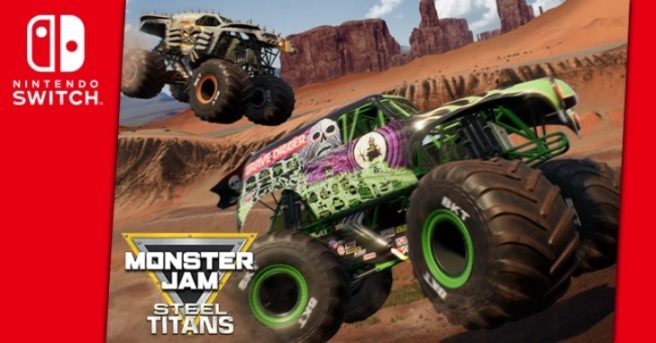 Here’s an overview of Monster Jam Steel Titans, along with a trailer:

Switch players can look forward to all the trucks, athletes, stadiums, stunts and massive air that make Monster Jam the BIGGEST name in off-road racing!