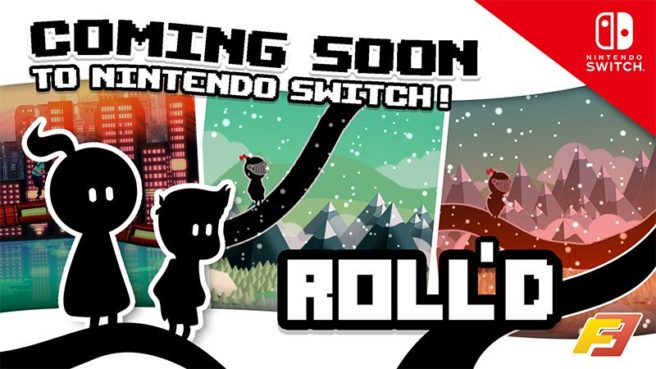 The arcade-centric, multiplayer-focused endless runner Roll’d will be appearing on Switch this month, developer MGP Studios and Forever Entertainment have announced. It’ll be out digitally on December 26.

We have the following overview and trailer for Roll’d:

Enter the world of Roll’d where rolling comes in at a new degree.

In this arcade, multiplayer-focused endless runner you will be fine as long as you remember the twist: you do not control the hero…you control the track.

Challenge yourself and your reflexes to keep the track level for as long as possible. Sounds easy? Why not give it a try to see for yourself?

Invite some friends over for a local game or catch up for a match online…it’s time to get rolling! Single player is available as well, so hit the road best your previous record and unlock all the goodies: new runners, locations, themes and difficulties.

Run through the varying settings all specifically stylized with references and inspirations ranging from the CGA era, through 8-16bit NES/SNES to the golden ages of the Amiga and more. But at the same time they are all up to date with modern lighting effects, dynamic weather and some other cool visual treats.

But be wary though, Roll’d can and will be unforgiving and reaching that extra point with each game will prove to be a demanding yet exciting task.