Murder by Numbers launches on Switch next month 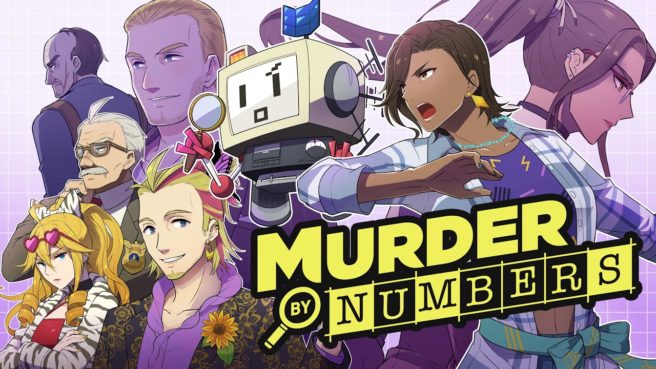 Publisher The Irregular Corporation and developer Mediatonic have announced that the detective puzzler Murder by Numbers is launching on Switch next month. A worldwide release is set for March 5.

Here’s an overview of Murder by Numbers, along with a new animated intro:

A series of strange murders? Extreme levels of sass? Cargo pants and chunky highlights? Ed Fear (Hatoful Boyfriend, Swords of Ditto, Heavenstrike) has sharpened his pen to ensure they’re all included in this ultimate whodunnit. You can check out the paisley blazers and the pop tunes in this trailer right here.

Los Angeles, 1996. Things are finally taking off for TV detective Honor Mizrahi as her show starts to pull in sky-high ratings, but behind all the glitz and the glamour are several peculiar deaths – and Honor’s now found herself as the real-life prime suspect. Join Honor and SCOUT – Murder By Number’s resident emoji-robot genius – in interrogating a cast of quirky characters, solving pixel puzzles and gathering clues across a range of glamorous venues. It’ll be up to you to get to the bottom of this bizarre conspiracy… with some serious 90s flair.

Decode the mystery brought to life by zany characters designed by Hato Moa, the creative legend behind Hatoful Boyfriend. Travel back to the 90s with music composed by Masakazu Sugimori (Phoenix Wright: Ace Attorney, and Ghost Trick).