Narrative adventure In Other Waters announced for Switch 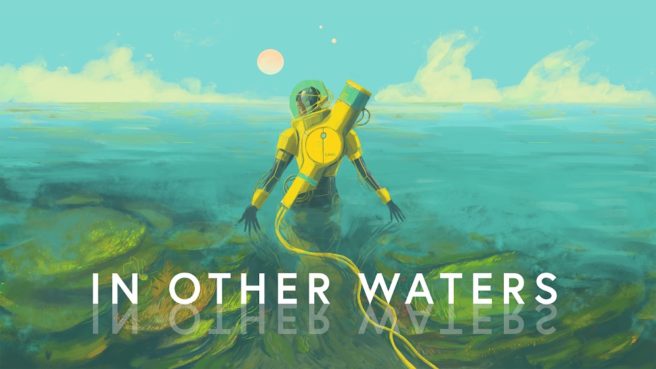 Publisher Fellow Traveller and developer Jump Over the Age announced today that the narrative adventure In Other Waters is making its way to Switch. The game is slated for Spring 2020.

In Other Waters will have players discovering life in an alien ocean as they assist a stranded xenobiologist on a journey of exploration. More details and a trailer can be found below.

In Other Waters tells the story of Ellery Vas, a xenobiologist who discovers extraterrestrial life while searching for her missing partner.

When Ellery is called to planet Gliese 677Cc by Minae Nomura, only to arrive at an abandoned base, she finds herself adrift in an ocean of secrets, with little more than a malfunctioning diving suit and a strange AI to guide her. You are this AI.

In Other Waters, the 2019 IndieCade Europe Jury Prix award winner, is sci-fi without soldiers and violence focusing instead on wonder and exploration, fear and vulnerability, and the relationship between a long-dormant AI and its human pilot. The relationship between the AI and the operator unfolds over an impactful narrative uniquely interpreted by the player. The depths of Glies 677Cc contain many secrets. For life to continue, it must change. What will you discover as you track, sample and learn about life inside this alien ocean?

Developed by Gareth Damian Martin, he is the one-man team behind Jump Over The Age. An accomplished games journalist whose work can be found at Eurogamer, Kotaku, US Gamer, and more Gareth is also an artist, game designer, and writer.

– Explore an Alien Ocean – Move freely in each location, discovering new areas off the beaten path. These discoveries will lead to upgrades that in turn unlock new areas in previously visited locations, additional side-quests, and unique conversations with Ellery.
– See the World Through an AI Lens – Navigate a complex, intuitive UI via touch or mouse controls. Interact with the world through observation, scanning, taking samples, studying creatures and affecting their behavior.
– Observe Your Surroundings – While on dives, scan locations for points of interest and request Ellery visit them. Scans reveal clues, creatures, objects, and features to investigate.
– Study Samples to Unlock Secrets – Sample creatures for materials and analyze them to understand how they are useful. Samples allow you to interact with the planet’s ecosystem. Deploy samples to solve puzzles, unlock new areas, scare off predators and feed grazers. Find and install upgrades to dive deeper into the ocean, and find answers.
– Build Trust with Ellery – Fail to keep her oxygen levels healthy, and you’ll damage your relationship. Lose power and your dive will be cut short. Even your conversations can encourage intimacy, despite your answers being limited to yes or no.

More: Fellow Traveller, In Other Waters, Jump Over the Age