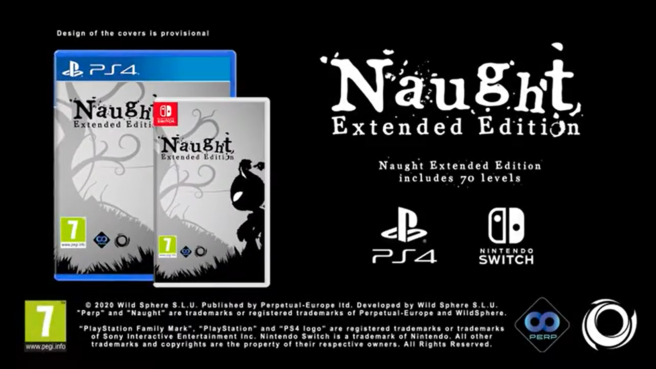 The noir puzzle-platformer Naught is receiving an extended edition that is coming to Switch. With this version of the game there will be new levels (around 30 added to the original 40 in the base game) and also a physical release.

The physical release for Naught will include a digital artbook and all seventy levels of the game’s extended edition. No release date has been provided at this time, but there will be more news to come later.

More details of this new edition as well as a trailer for the game are included below.