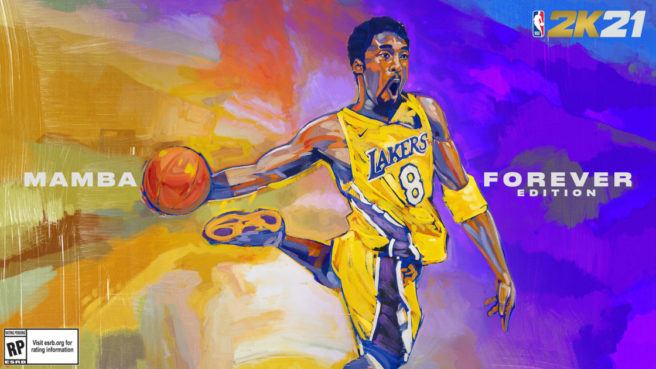 Earlier this week, 2K confirmed that NBA 2K21 will be on Switch and revealed Damian Lillard as the cover athlete. A September 4 release date and Mamba Forever Edition was also announced today, which will feature NBA legend Kobe Bryant.

For NBA 2K21, Legend Edition is replaced by the Mamba Forever Edition, celebrating Kobe Bryant’s lifelong pursuit of victory and legacy in the sport of basketball. For many fans, Kobe’s achievements on the court and love for the game had tremendous impact around the world and his list of awards and accolades is intensive: five-time NBA champion, 18-time NBA All-Star, two-time NBA Finals Most Valuable Player, 2008 NBA MVP, 11-time All-NBA First Team, 9-time NBA All-Defensive First Team, two-time NBA Scoring Champion, 2008 and 2012 Olympic Gold Medalist, the all-time leading scorer for the Los Angeles Lakers and much more. Kobe was the cover athlete for NBA 2K10, the Legend Edition of NBA 2K17 and is immortalized in the NBA 2K21 Mamba Forever Edition with unique custom covers for both current generation and next-generation versions of the game that honor the span of his career, from his days wearing No. 8 and scoring 81 points to scoring 60 points wearing No. 24 the night of his final NBA game.

NBA 2K21 will be priced at $59.99, though the Mamba Forever Edition will cost $99.99. The latter version comes with special MyTeam and MyPlayers bonuses, along with digital goodies such as the Damian Lillard Digital Collection and Kobe Bryant Digital Collection.

More information about NBA 2K21, including the soundtrack reveal, first looks at gameplay and features for both current and next-generation versions of NBA 2K21, 2K Day celebration, and more will be shared in the future.