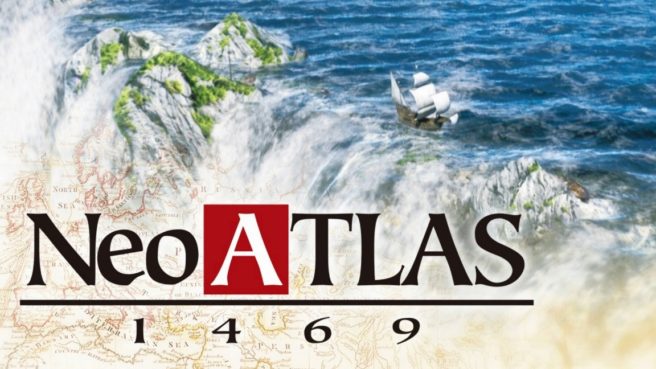 Back in January, Neo Atlas 1469 was announced for Switch. We heard that Artdink would be releasing the simulation and exploration title in Japan on April 19.

Fortunately, Neo Atlas 1469 will be distributed in other regions as well. A listing on the European eShop reveals that a western release is planned. It’s likely digital-only, but the overseas launch appears to also be on track for April 19.

Here’s the first English trailer and an overview:

It is 15th century Europe, at the height of age of discovery. Back when the very shape of the world was still unclear, and believed to be flat.

Searching for what lies at the ends of the Earth, collecting information about the world, creating their very own world map – but only the finest Admirals may take off on these adventures. You are a trader who charters a boat to take on the massive venture of creating a world map. Are you ready to reveal the true shape of the world?

You listen to the reports of Admirals returned from their explorations and use them as a basis for creating a map.
The reports from these Admirals range vastly, from the authentic to somewhat dubious tales of monsters. Thus,
depending on what you approve or disapprove, the shape of the world can change greatly.

Perhaps the continents we know now will not exist, while Atlantis and Mu take their place on the map. The only finished map of the world will be a “subjective world” that reflects your values, and one where only that wihch is approved by you becomes the truth.