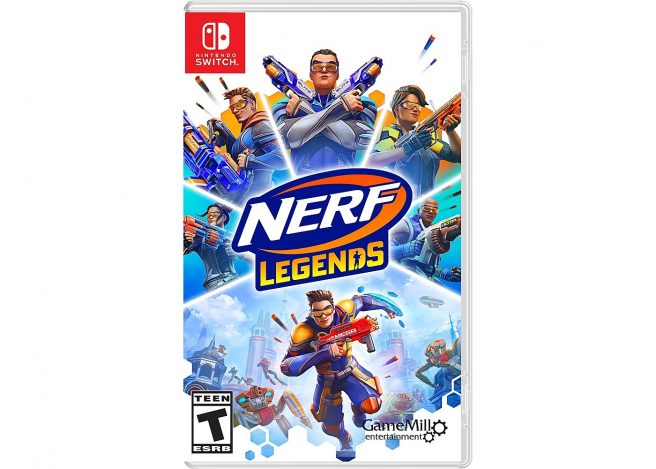 GameMill has unveiled Nerd Legends, a new sci-fi shooter for Switch based on Hasbro’s well-known IP. The game is scheduled for an October 19 release.

We have the following overview with additional details:

NERF Legends thrusts you into a futuristic, sci-fi world where you’ll come face-to-face with legions of robot enemies and ultimate boss masters. Armed with a wide array of NERF blasters based on their iconic, real-world counterparts, you’ll thwart formidable enemies while being challenged to pull off the most impressive high-flying trick shots across a series of unique and immersive environments. Are your NERF skills up to the challenge to become the ultimate NERF Legend?

– Extreme Games Meet NERF set in out-of-this world locations such as Fortress Siege, Jungle Trouble, ragnarok, and Spaceport Blastoff.
– 15 Authentic NERF Blasters across the Mega, Ultra and Elite lines. Plus upgradable perks and skins to customize your blaster.
– 19 Single player levels with tournament courses.
– 4 vs 4, 8 player free for all with online multiplayer modes.
– Collect dart powerups such as magnetic push and pull, seeker darts and freeze to change the tide of battles.

View the first trailer for NERF Legends courtesy of IGN below.