Nicalis bringing Knight Terrors to Switch, out on October 24 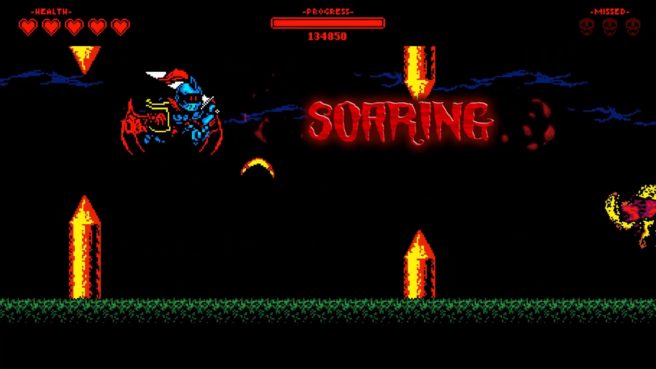 Nicalis is keeping up its steady stream of Switch games with another new titles for the system – and it’s releasing very soon.

Knight Terrors is coming to Switch, Nicalis and FreakZone Games has announced. The game is launching on October 24 on the eShop in both North America and Europe.

Knight Terrors depicts the horrifying adventures of a mysterious suit of armor known only as “The Knight.” Armed with a mighty sword and equipped with blood-red wings that allow flight, the Knight desperately races through the countryside in the darkest of the night, never stopping for any respite or consideration. He must face and vanquish a never-ending onslaught of bloodthirsty ghouls, flaming skulls and unspeakable horrors while jumping over spiked pits and flying through small gaps. If he takes three hits or allows three enemies to pass, it’s “Game Over.”

We have a trailer for Knight Terrors below.