NieR: Automata devs talk about Switch, may have interest in a port 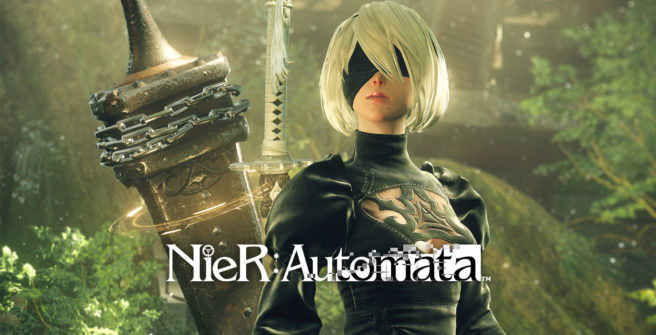 At E3 this year, Square Enix announced a new platform for NieR: Automata, as it’s coming to Xbox One. Unfortunately, a Switch version wasn’t revealed – though the possibility of it happening in the future may remain.

During an official Square Enix Presents stream from E3 today, director Yoko Taro, producer Yosuke Saito, and designer Takahisa Taura appeared in a brief message. The three touched on the Xbox One port, but Taro then brought up a Switch version. There was some light-hearted discussion taking place here so it’s unclear how much of it should be taken seriously, but Saito did say that it might be able to happen if enough people show interest by asking Taura on Twitter. Saito then seemed to make a joke that if it were to come to Switch, it could take two years since they want to keep their jobs going “by releasing a little by little.”

Here’s the full transcript of what was said:

YT: Well, um, when are we getting the Switch version Saito-san?

YS: Well, it’s not all on me to decide because PlatinumGames do take painstaking time to develop for each console.

TT: Well, I don’t think it’s a good idea to ask me about something as big as this.

YT: I want a Switch version, Taura-san! Give it to me!

TT: Well, I’d like to have one too if it’s about what we want.

YS: Well, Taura-kun’s Twitter account is shown on the screen here and if everyone asks him for it, then there may be a possibility that it would become a reality. But even if it does, it might be about two years from now again. See we keep our jobs alive by releasing a little by little.

TT: Yes, we try to stretch it out as much as possible.

TT: Well, yes, but please contact Saito-san about Switch and not me.

One game that Switch owners had really requested last year was Dragon Ball FighterZ, which happened to be announced for the system at E3 just this week. Perhaps we could see something similar with NieR: Automata if the fans are vocal.